AMD Ryzen Leads in Multi-core Performance, Catches up in Gaming 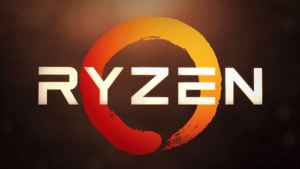 Since new game software updates have become available, the AMD Ryzen chips are now starting to outperform similarly-priced Intel CPUs in a wide variety of games.

AMD has officially released their next generation of desktop processors, codenamed: Ryzen.

Since AMD’s Ryzen represents an entirely new CPU architecture, it took another six week’s time before Windows had a chance to release optimized gaming drivers for the unique quirks of this processor line. Similar drivers for new generations of Intel CPUs have led to massive gains, and it seems to have worked for AMD this time.

Ryzen chips continue to dominate the benchmarks and real world performance tests for productivity software. They’re also using a lower power draw than Intel’s current generation of desktop CPUs. With those two things in mind, Ryzen may already be the best choice if you’re looking for a new line of business machines. For programming development, audio editing, and video production, they’re already outperforming Intel for less money up front – and less in long-run electrical costs.

If you’re looking for a high end productivity machine, Ryzen looks like an easy way to save money. The case isn’t quite so clear for gaming – but results seem really close. And regardless of which way you decide to go, it looks like simply having the choice has brought prices on existing CPU models across the board!