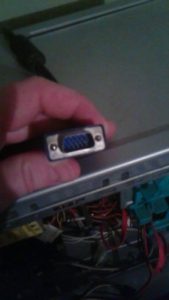 While there are a lot of things that can cause a computer to break down or lose performance over time, there are a few common issues that pop up much more frequently than the rest.

The most common cause of computer failure is usually physical. This can be caused by dust or hair building up inside the fans and components, or a physical jolt knocking wires loose, or even small insects in search of heated and secluded spaces. This is where the term “computer bug” comes from after all – early researchers who were trying to understand why their programs suddenly stopped working eventually found a small moth had worked its way in to the system. Once they found and removed the bug, everything went back to working the way it was supposed to.

The next most common cause of computer frustration is software related. Between the operating system, hardware drivers, and productivity software, there are a lot of programs running at a given time. If just one of them becomes corrupted, or switched to the wrong settings the results can be a nightmare for your machine’s usability. And if the software you do want is running right, there could also be software-based threats in the form of virus, malware, and adware apps. Sometimes they’re hiding in the ads at shady websites, and sometimes they’re installed intentionally because they promise extra features and function for your search browsers. A lot of “free games” also help pay for their own development costs by selling our information about you to advertisers. Not only is it a horrible invasion of your privacy, but it’s also a waste of your computer’s processing power!

Hardware component failure is less common than maintenance and software issues, but it still occurs fairly regularly. Summer storms can send surges of electricity through a computer, often blasting right past surge protectors and frying our critical computer parts. Ethernet cards, motherboards, RAM modules, and video cards are all susceptible to physical damage from electrical surges, and our testing equipment can identify any components that have gone bad. Usually, the only thing that can be done is total replacement of the effected part, but this is still generally much cheaper than going out and buying a completely new system.

Every case is unique, but after a while you do start to notice a pattern! Drop us a line today and we’ll be glad to help you get your machine up and running again.